Back on the February 21st, 1991, Jamui (formerly known as as Jaambhiyagram) is situated on the Bihar-Jharkhand border. As a district, Jamui took birth after its separation from Munger.  This historically very rich but little place is made up of around 1,500 villages. They say the 24th Tirthankar, Lord Mahavir attained divine knowledge this little district situated on the river banks of Ujjihuvalia, which is why for Jain community this place has always been of utmost importance. 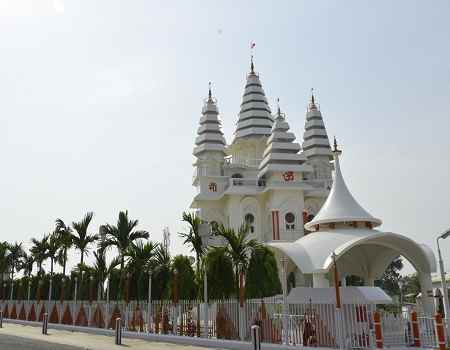 The small place was a centre for the Chandel rulers, many of them. It has historically been very rich and glorious always which is why it is said that talking of the origin of Jainism is just incompelete without a good mention of Jamui.

Jamui offers diversity in terms of land, climate and waters. It has some parts hilly and a few hilly terrains. Chakai, Sono, Jhajha, Khaira, Giddhour and Jamui Blocks are the hilly terrains that are known of. With courtesy of which the place half time of the year has a pleasant weather, whereas, has extreme climatic conditions the rest of the while.

The Must-Visit Places Of Jamui

If you are visiting the place for the first time, there are some must see tourist places in Jamui. Here are some of the must see attractions.

Gidhuar- This small town is situated about 16 kilometers away from Jamui. It is majorly known for its history. It used to be the seat of the kings during the British Raj. The place has some beautiful buildings of that ear, the most visited of them being The Minto Tower. Having been built to commemorate Lord Minto, this tower is a beautiful thing to see.

Jain Mandir Dharmasala- Dharamshala is a rest house, around 25 kms ahead towards the west of Jamui This is one of its kind. It is huge and has about 70 rooms mainly built for the Jain pilgrims. A temple of Lord Mahavir resides inside the Dharamshala too which is not worth a miss.

Kshatriya Kunda Gram - A little ahead of the Jain dharamshala is situated the Kshatriya Kund Gram. It is said to be the birthplace of Lord Mahveer and has a beautiful temple of him, which is reason enough for it being of major importance.

Giddeshwar Temple -  Situated about 16 kilometres south from the district headquarter is Giddheshwar Temple. This is a Lord Shiva temple that dwell on the top of stone boulders and is a major tourist attraction down Jamui.

Kakan and Indpai - The birth place of Suvidhinath, the 9th Tirthankara of Jains and  the capital of the last local king of Pala dynesty, Indradyumna of 12th century respectively, Kakan and Indpai are one of the most visited places by piligrims. They’re both a few kilometres away from Jumai.

Hazrath Gazi Durgah - Situated in Amrath Shareef near Jamui, this is sacred place to visit.

Kali Mandir - Very close to the Jamui railway station is this temple which is not as huge but beautifully built. It is mostly known for a famous fair that takes place here, known as Kali Mela.

The other knowledgeable facts about Jamui lie in its literature and music culture. A number of poets, mainly, Dr.Awadh Kishore Sinha, Dr.Shyamanand Prasad have been the best in literature of the district.

Whereas on the musical side,  Sri Rudranarayan Singh now a retired headmaster has held the flag of music very high in the district. He, along with a few other musicians have contributed well to classical music and AIR.

A very good highlight of Jamui are the roads. It is very-well connected to the rest of the country. The roads once entering Bihar could be a little troublesome if you’ve taken the Jharkhand route, otherwise the roads are pretty good.  The Mughal Sarai-Patna route is a good option when coming from the major metropolitan cities. The Mallepur Railway station (Jamui’s railway station) has the Delhi-Howraw railine running on its platform which makes it easy otherwise.  There are the Jaya Prakash Narayan International Airport and also Gaya International Airport to the rescue too but they’re nearer to Patna and a little away from this district.