Bihar has 38 districts and Jamui is one of them. It came into being on 21 February 1991 on separation from Munger district. Situated at 86° 13'E longitude and 24° 55'N latitude, it covers a huge area of 3,098 square kilometers that is equivalent to Yamdena Island in Indonesia. The average elevation of Jamui is 78metres (255 ft). It is a municipality as well as a city and the headquarters of Jamui district. Any part of the country can be reached via Jamui through a huge network of well connected roads. At a distance of 3 kilometres from Mallepur, the Howrah-Delhi rail line is situated. The two terms Mallepur railway station and Jamui railway station are used interchangeably. 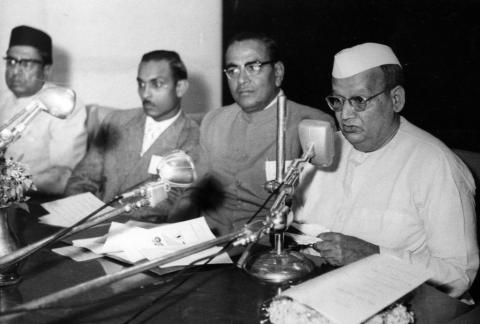 Nearest airports are the Gaya International Airport and the Jaya Prakash Narayan International Airport at a distance of 136 and 161 kilometres respectively. Jamui is a land of mixed topography as it has hills as well as flatlands of Simultala within the block of Jhajha. It has huge reserves of gold, coal, mica, iron –ores etc. Many buildings from the British Raj still survive in Giddhaur where many kings used to stay and it is 17kilometres from Jamui. Minto tower is the most famous example. Jainism flourished in Jamui district as many places still have evidences of the culture.

The earlier name of Jamui was ‘Jaambhiyagraam’ as indicated by various literature texts. It is mentioned in Jaini literature that Lord Mahavir, the 24th Tirthankar was blessed with divine knowledge in ancient Jamui through which a river named Ujjihuvaliya flowed. Another place resembling the ‘Jambhiyagram Ujjhuvaliya’ is ‘Jrimbhikgram’ on Rijuvalika River. ‘Jhambiya’ and ‘Jrimbhikgram’ when translated to hindi becomes ‘Jamuhi’ which is now popularly called ‘Jamui’.

Ujjihuvaliya and Rijuvalika rivers are now developed as river ‘Ulai’ and the above mentioned places still exist in Jamui. Patna Museum hosts a copper plate on which ‘Jambhubani’ is engraved which Jamui was previously called. This is a hardcore evidence from the 12th century that Jamui’s older name was Jambudani. These historical facts were discovered by Buchanan, a historian who visited this place in 1811. Jambudani and Jammbhiyagram are Jaini names which suggests that this district served as an important religious place for Jains. This place was ruled by the Gupta dynasty in the 19th century. Jamui also had an important role to play during Mahabharata.

Before the 12th century, Jamui was ruled by Pala and Gupta rulers. After the decline of these two empires, Jamui became famous for Chandel rule. Nigoria, the ruler before the Chandels was defeated in a fierce battle with the Chandels. Hence, in the 13th century, the Chandel dynasty was established that ruled over the whole of Jamui.

Comments / Discussion Board - History of Jamui