Geography of Jamui Topography and Climate of Jamui Bihar

The Jamui district occupies an area of 3,098sq.km which is equivalent to the area of Indonesia`s Yamdena Island. According to the 2011 census, this district has a population of 1,756,078and it gives it a ranking of 273rd in India. This district of Bihar   has the sex ratio of 921 females for the 1000 males and a total literacy rate of the 62.16%. 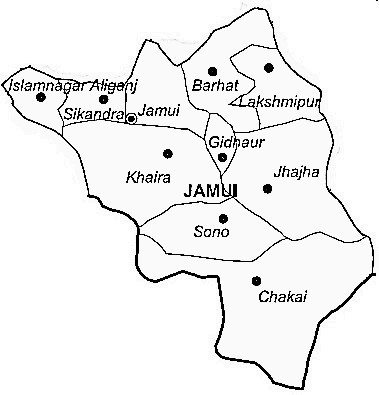 The various seasons in the district are winter that is from November to February, Summer from March to May, Monsoon from June to September and Autumn from October to November. The minimum temperature of the district ranges between 300 to 50 celcius in the winter and 380 to 420 celcius in the Summer season.

The rainfalls breaks through in the second half of June and lasts till September and the average rainfall in the district is approximately a 1000mm. The irrigation facilities have not had any kind of big development in the last few years. The major dams like the Garhi Dam and Naki Dam are the main source of irrigation.

The water to the district also comes from the rivers Kiul, Ulai, Anjan and Ajay and the tributaries. The surface percolation wells and tube wells are also used for irrigation. 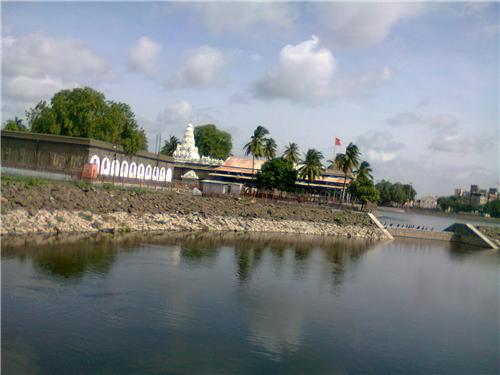 Other irrigation projects going on in this district are Kukurjhap Dam on Anjan river, the lower Kiul Jalasaya scheme and Gidheshwara payeen and some others too.

Major blocks of the southern district have a forest area where variegated vegetation is found and amongst the important trees were Sal, Sakhua Kathal and Khair. The ones spread all over the district are papal, gular, banyan and mango. Heyna and wild cats are the commonly found in the forest amongst the other wild animals.

One traditional occupation of the people of this district is to rear milch animals. The animals such as cows, bills, bullock, sheep, goat and pig are some of the animal that are reared and in this activity a large population of the district is involved.

The demographic pattern was been compared from the year 1991 to 2001 and the numbers for a density of population of 339 sq.kms had 551869 males and 495950 females with the decadal growth of 21.90 and for the year of 2001, the density population of 459 sq.kms had 669658 females and 729138 males with the total decadal growth of 32.90 and this was all measured over the area of 3098.27sq km. This district possesses the 30th rank in the population size of the state. The population density is much lower than the average population density of the state i.e. 880 per sq km. with only about 451 persons that were residing in per sq. area of the district.

The district of Jamui is an entire agricultural district with the export trades consisting mainly on the products like grains, pulses, jackfruit, mahua etc. 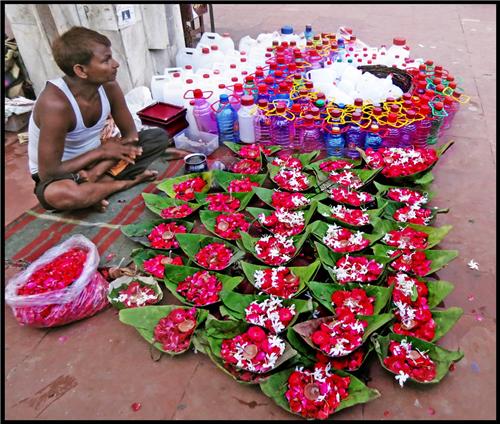 Being an important manufacturer of Bidi, it is also known for salt, sugar, cement, cotton, textiles and kerosene.

The best time to visit the district of Jamui will be around September as being in the plains the climate will neither be hot nor cold. There are many places of interests to see around here. The district headquarters are famous for their Panchamandir and Kalimandir.